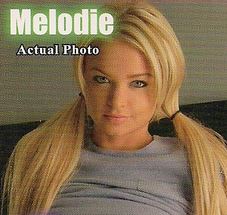 Las Vegas Escorts are the exception to the normal Escorts around the world. Since there is so many of them, they must compete and competition always brings out the best product. If You have been to Las Vegas You have seen the People handing out cards all over Vegas with Girls pictures on them and a phone number. The Shirts on the card slappers says “girls to Your room in 20 minutes or less“. Those cards have the picture of an actual girl that will come to Your room. I am not going to tell You that the picture and the Girl will look exactly alike, even real estate salesman have a picture that doesn’t match the real Person and those People are not trying to sell their body. So, Yes, the picture of the Las Vegas Escort on the card will be the absolute best the Girl has ever looked. But if You order a Girl for companionship or other purposes and She does not match Her picture, You can tell Her no thanks and try again. an,
Are Las Vegas Escorts legal? Yes, very much so. Is prostitution legal in Las Vegas? Absolutely not! As it is with any escort anywhere in the world, the activity You choose to have with them is up to You and Her but the process of calling a number off a card and meeting a Girl at Your room is 100 percent legal. The only problem that Las Vegas metro police have with the process is They want the escort company to clean up the cards that are thrown all over Vegas, mostly the Strip. Most People assumed that prostitution was legal in Las Vegas but it isn’t, You have to go about an hour away to find legal prostitution. Nevada laws says that Cities under 400,000 can have legal prostitution, that makes Reno and Las Vegas the only two that are illegal for prostitution. Oddly, they are the two that probably have the most of it, just not under the legal name. Are Las Vegas Escorts Safe?. According to statistics, yes, very safe, but then again if an Escort stole money from You, would You report it?

Is it worth using an Escort vs finding some Girl in a Vegas nightclub or bar? Hell Yes! Remember that females have a huge advantage over Men when it comes to She said, He said. If You have random sex with a stranger and She wakes up foggy and doesn’t want to tell Her friends that She left with you on Her own free will, then You are in big, big trouble. Maybe You prove it was consensual sex after spending 100,000 dollars and one year of Your time. Or maybe the fact that You didn’t call the next day forces this Girl to cry rape, suddenly the Escort is looking really good. If You want to risk the random girl be sure to text Her during the night before sex telling her how You are going to fuck Her, eat Her or anything else as dirty as possible, that might be very useful in court. Remember, with an Escort You are not paying for sex, You are paying for Her companionship, what happens between two adults after that must be consensual.