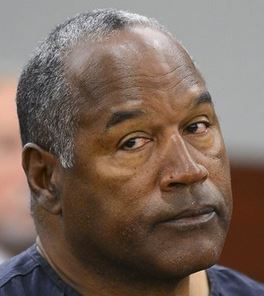 The Judge that will decide if O.J. Simpson will get a retrial is still working on it. District Judge Linda Marie Bell, Who is handling the case said the 22 counts are complicated and is researching each count thoroughly. A timeline for when She would rule was not given. The O.J. Simpson legal team, most likely very frustrated said They understood and were glad that the Judge was working on it so thoroughly.

Simpson, Who escaped a murder conviction, which launched the career of Kim Kardashian and then a spin off career of Kris Jenner, Kylie and Kendall Jenner and the “Keeping up with the Kardashians” brand, was convicted of holding Persons against their will (kidnapping) and taking back His memorabilia (armed robbery). The incident happened at the Palace Station, Las Vegas, the single most important event in Palace Station history. The conviction of His Las Vegas crimes were an obvious way to equal out an injustice of the murder conviction He did not get. The murders of Nicole Brown Simpson and Ron Goldman were a indirect windfall for the Kardashians, little known People until the now famous Robert Kardashian was part of the dream team that freed O.J. of the murder charges. His daughter Kim, an unknown before the Simpson murders then made a sex tape that No One would have cared about except that She was indirectly tied to O.J. Simpson. If not for Simpson there would be no TMZ either, Harvey Levin also got His start by covering the Simpson trail and got national attention, enough to be a household name and name enough to launch a celebrity gossip site. So in a round about way, Simpson made a handful of People filthy rich for killing two People.

The crimes committed in Las Vegas would not have even been brought to court if not for Simpson’s wrongful innocent verdict in His murder case. No matter how guilty a Person is of one crime where they are found innocent in court, there is no right to charge that Person of another crime to make up for the mistake. Otherwise, that system could easily be compared to a third World Country justice system.