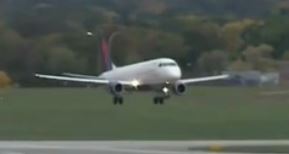 A 9 year old boy flew without a ticket from “Minneapolis/St. Paul to Las Vegas alone. Despite numerous checkpoints and gate agents, officials at Minneapolis/St. Paul International Airport say a 9-year-old was somehow able to sneak through security and onto a Delta flight headed to Las Vegas.” The TSA said “This is an isolated incident” Really? That’s Your statement?

This Kid is good. It is reported that this is not His first rodeo.
While on His trip, He took some luggage off a turn table and went to a restaurant, when He was finished eating, He told the waiter to watch his luggage, “I will be right back” but he never returned. That’s pretty well thought out for a nine year old.

It was reported that the Boy had been in trouble before. Just one week ago He was caught in a stolen car on the interstate in St. Paul, MN. The Boy’s Mother works at the Minneapolis/St Paul airport and that might have given Him some sort of knowledge of the TSA and boarding procedures.