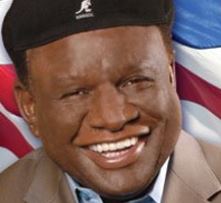 No shows are scheduled

George Wallace is performing at the Flamingo Hotel and Casino, Las Vegas. George is the longest running stand up comedian in Las Vegas, He is known as the “Godfather of Comedy” and “The new Mr Las Vegas”. You have seen Him in cameo roles on tv comedy’s and plenty of times on talk shows. He has even been in a few movies, He has truly done it all. The Flamingo is a great venue to see a show, the location being center strip will allow You to have plenty of choices for drinks and/or dinner before or after the show.