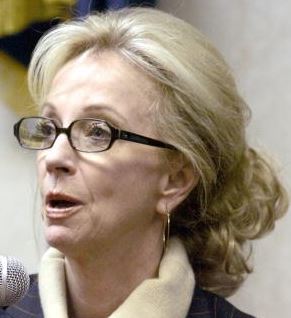 The “other” Mayor, Jan Jones was Mayor of Las Vegas from 1991 to 1999. She recently make a statement that She was in support of the Employment Non-Discrimination Act (ENDA), federal legislation that would protect hardworking gay and transgender employees from discrimination in the workplace based on nothing more than their sexual orientation or gender identity. Jones was the Mayor prior to the most popular mayor of all time, Oscar Goodman and after Mayor Ron Lurie (also not remembered). Jones, a democrat made the statement that came as no surprise in an article She authored in the Las Vegas Sun. Does it mean She is going to attempt to re-enter politics? She ran and lost an attempt to be Governor of Nevada twice. Could this be back to Mayor? The democratic thing to do with those that are politically inspired is to support gay rights on any and all issues. It doesn’t matter if the idea makes any sense or not, the gay community is one of the strongest voices in most states today.