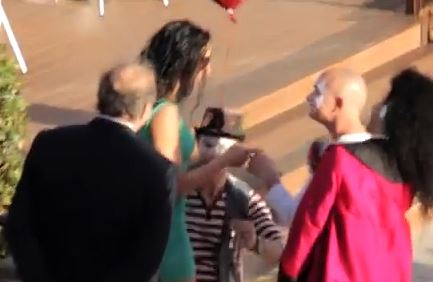 A Well planned and choreographed Flash Mob for a marriage Proposal was successful in Downtown Las Vegas. This flash mob was amusing to most and annoying to the rest but regardless, it worked, She said Yes. The flash mob took place in the container park, the new trendy park in downtown Las Vegas.