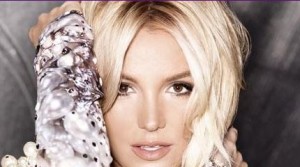 This Video, entitled “Work Bitch” was going to be the title of the show but Piece of Me was a little more suitable for printed materials.
Work Bitch is Her new album and is breaking records but can Britney translate that success to the stage?. Well, now We know that She can. The first concert was December 27 and Britney will perform New Years Eve then take one month off before getting into a regular 3 times a week schedule. Her first concert included guest Miley Cyrus, Katy Perry, Selena Gomez and Mario Lopez. Her guest were seated in the VIP section that includes bottle service. Want to sit in the VIP section? Forget about it! It likely will be filled with celebrities only for a long long time and when it isn’t it will be bought out by big business for high rollers.

Was Britney lip syncing? No, She was not. The concert is performed with a live mic but a prerecorded sound track is played along. Britney is moving and dancing during the entire concert so the prerecorded background is acceptable. The crowd loved the show, especially Miley Cyrus, Who danced the entire concert.

Britney will perform a  two year stint at the Planet Hollywood in Las Vegas, according to Her manager.

Most of Britney’s shows are sold out but We still have tickets.

Ticket prices below are the best price from the secondary ticket market. Save 10 dollars on orders for 350 dollars or more. Customers simply need to enter code AFF$10 at checkout to receive the discount!