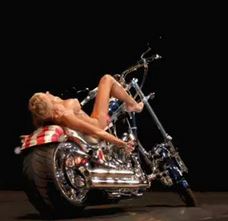 Bikefest is a dirty, drunken and scary time to visit Las Vegas, right? That was the perception of most People but after many years bikefest has proven to be one of the tamest, especially compared to New Year’s Eve. We can probably thank the Las Vegas Metro Police for what many have called over reacting. If over reacting means have very few problems and making all visitors feel safe during bikefest, keep over reacting. The police will not even let a conversation get loud before putting a stop to it. This is probably one of the safest times to visit Las Vegas. And probably the best People watching time of the whole year, including Halloween. The People that come to bikefest save all year to blow thousands of dollars during the three main days but they also bring their bikes to show off. You can see the most beautiful bikes in the world all in one place. See some examples here. There are bikini contest all over vegas during this time for the guys and lately I have noticed more and more contest to suit the ladies.