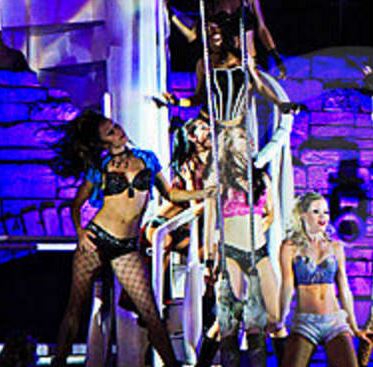 Sorry this attraction is closed!

Sirens of TI pirate show producers told the cast and media that the show would close for about a month to renovate and do some crane work on a pharmacy store that would go in behind the show. But it is apparent now that Someone, if not all knew that wasn’t the truth. The cast members of the poorly rated show planned on being in shape and ready for the first reopening show on December 26 only to be told last week the show is closed forever. One cast member said She turned down an 800 dollar per day gig for Christmas because She knew She needed to be back at the T.I. show on the day after Christmas, now that new gig is gone and so is Her old job. Plans for new shops were drawn long ago and at that time, at many meetings, there must have been plenty of People that knew this show would be cancelled forever not just closed for “about a month”. It is obvious to anyone in commercial real estate what is going to happen here. A Walgreens is across the street at the Venetian that means a CVS is going in here. There is a old joke with real estate developers, when asked if they hope Walgreens or CVS would buy their vacant land, they would reply, No, I hope they buy across the street so the other one will pay me double!